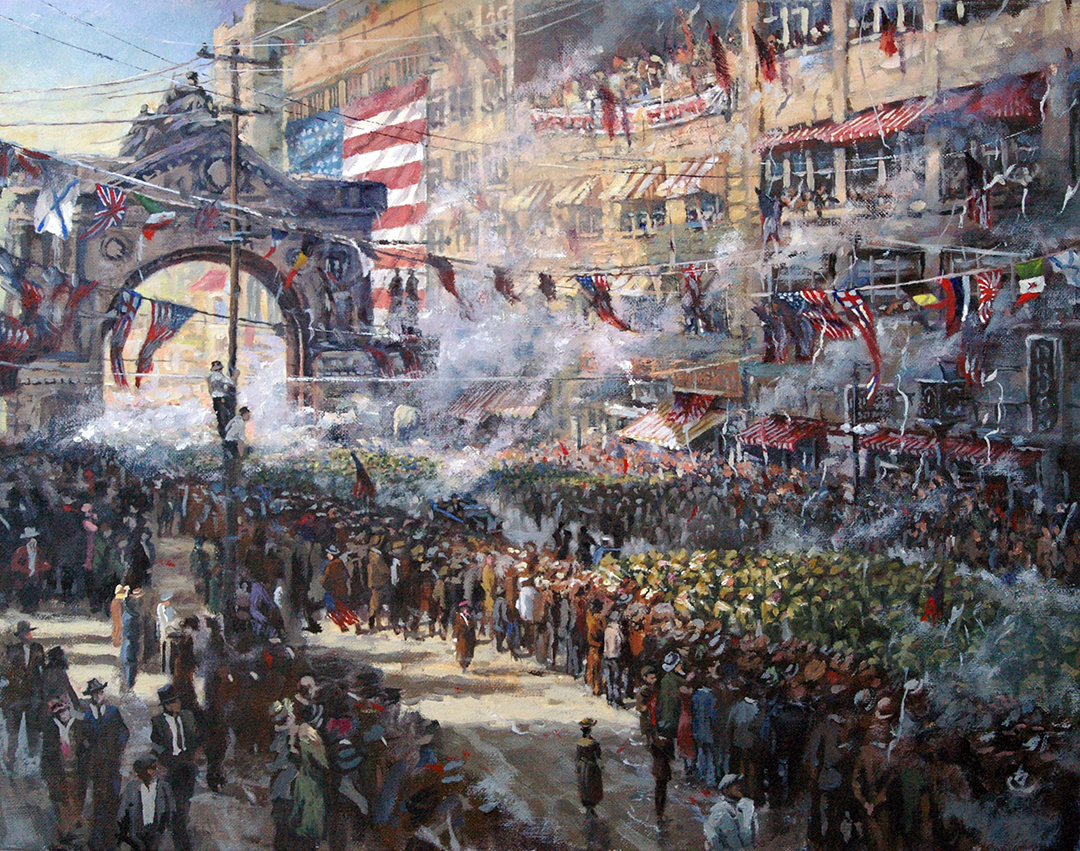 A professional artist since 1979, it is the new century that has taken me to my true passion of painting outdoors on location.

2021 took me back to the studio. In 2022 we look to find the perfect blend of studio and plein air work.

Meet the Artist and Visit the Gallery

We go outdoors to enjoy the land, or stay inside to avoid it. It is I, an outdoor artist that brings the outside in.”

Chosen in 2017 by the top 5 American art publications for the “Artists of the New Century” exhibit at the Bennington Art Gallery, Summers has embraced the world of landscape painting, winning top awards from coast to coast alongside some of the nation’s best plein air and studio artists. 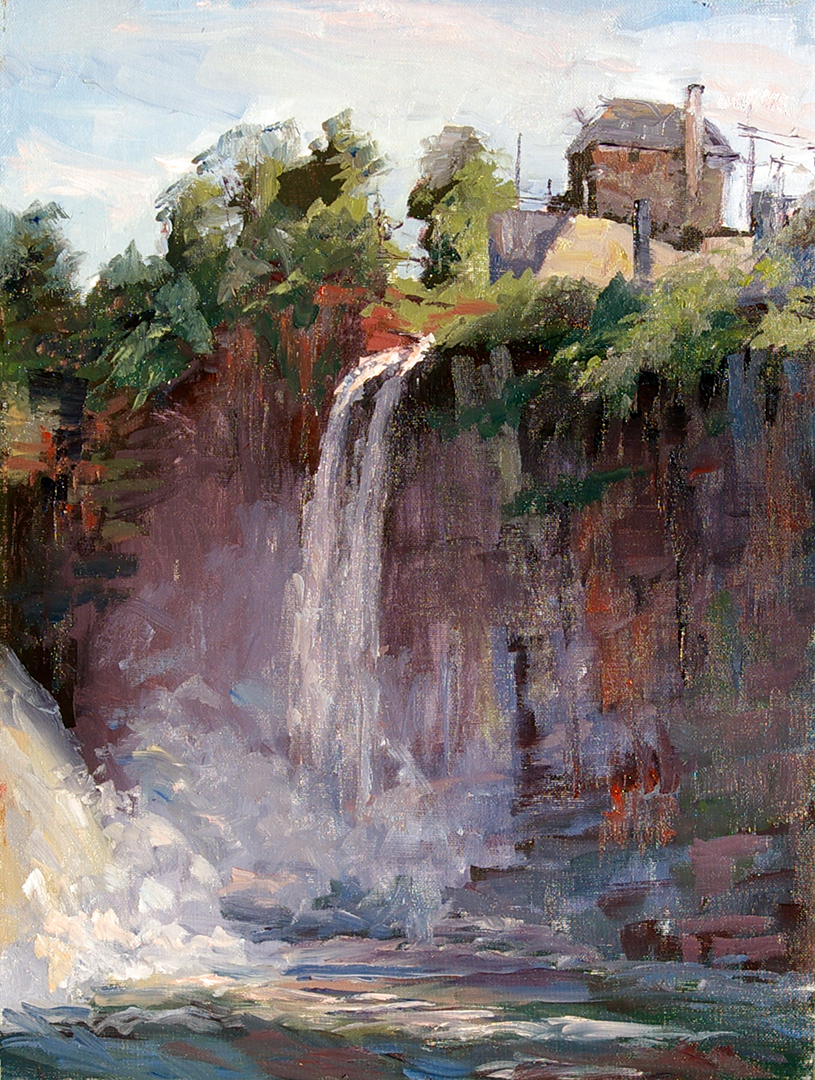 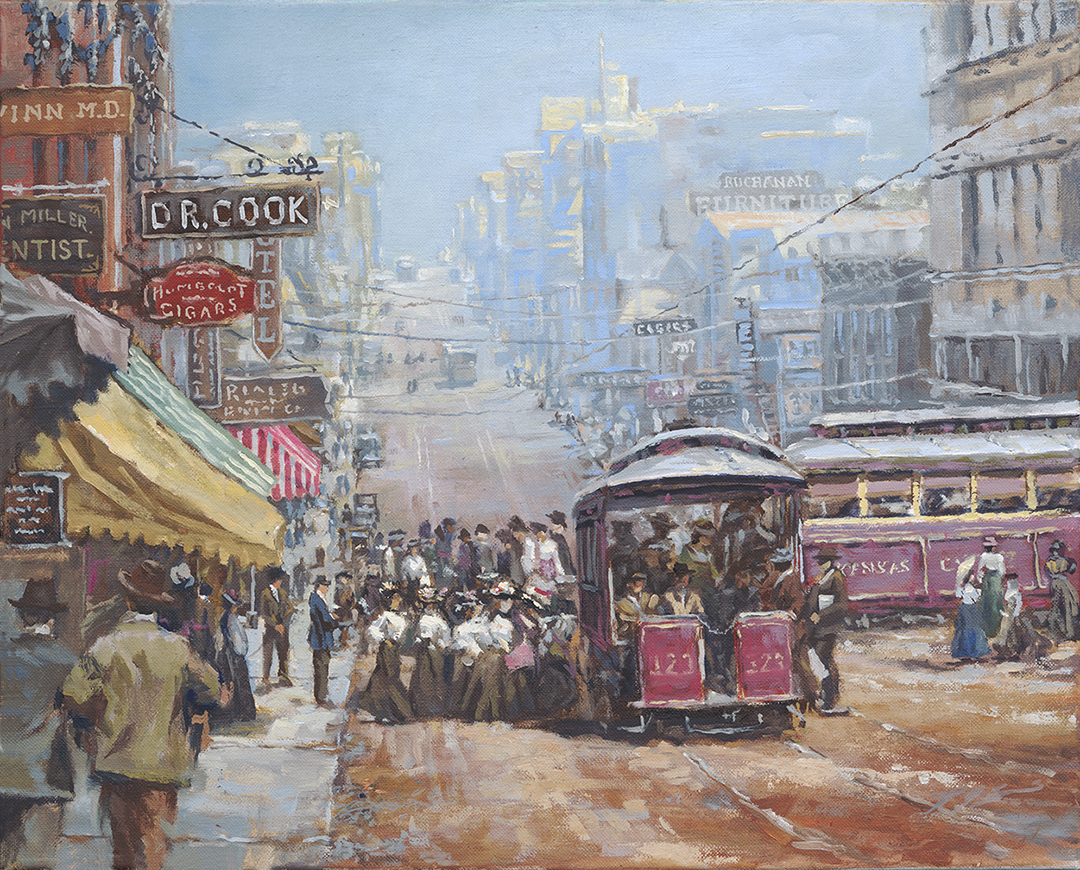 See Them Passing By 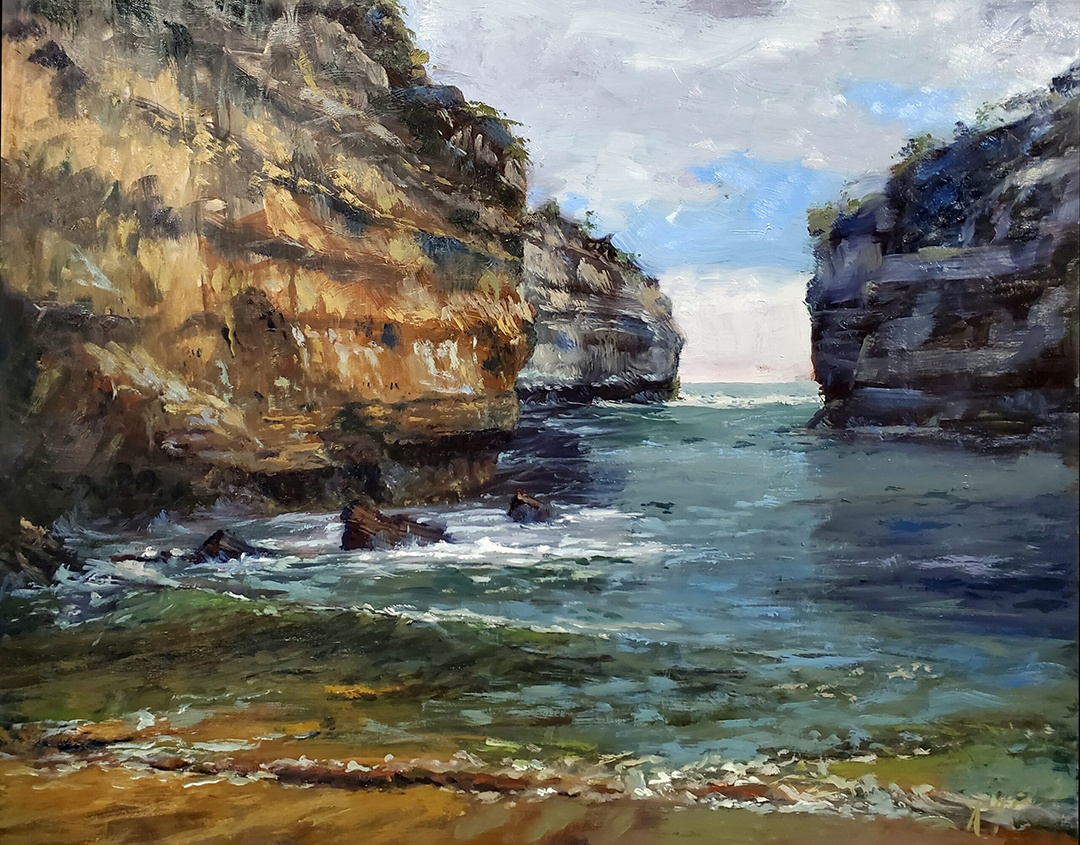 Shop for Original Art or Prints 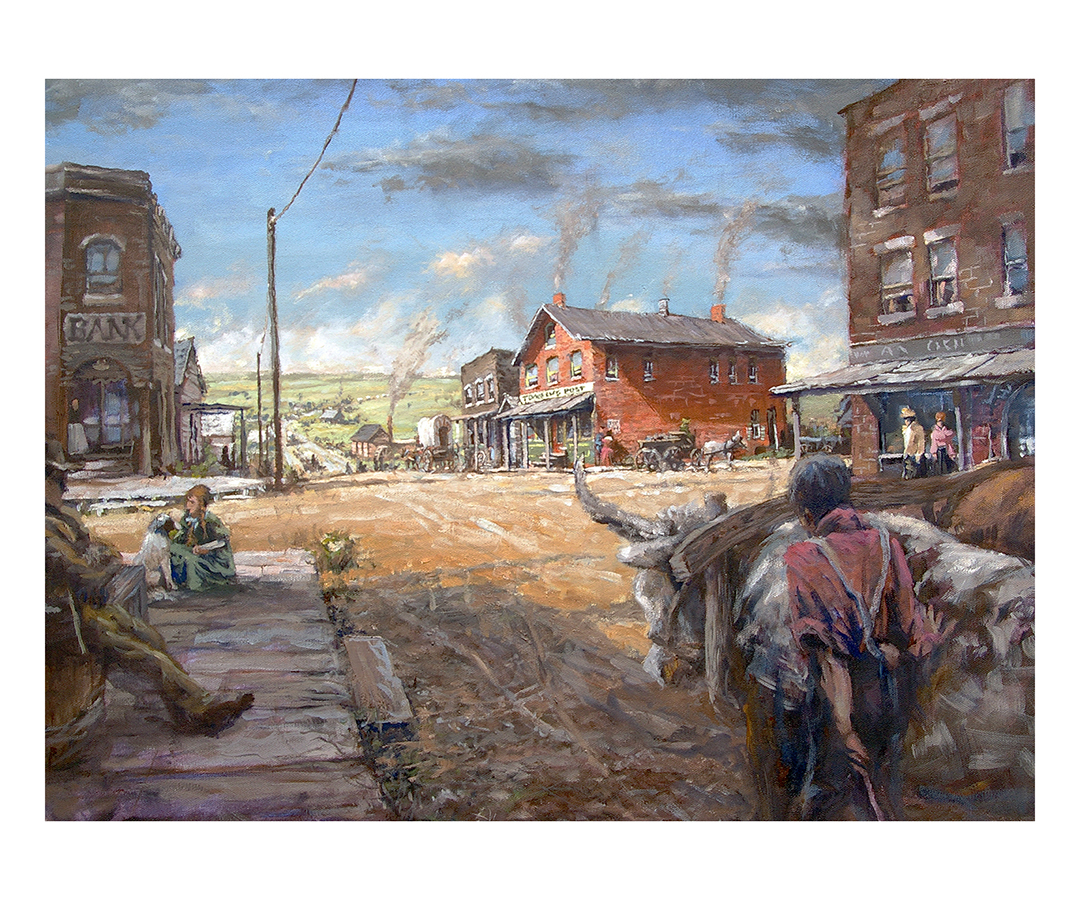 If you grew up here in Kansas City, then you know of one of the most famous bars in town. “Kelly’s Westport Inn.” The red brick, two story building in the painting was constructed by the Ewing Brothers between 1851-52 and operated as a trading post by numerous other owners over the next two to three decades, including A.G. Boone between 1854-1859.

After working closely with two Westport Historians, reviewing historic documents and other historic photos of buildings close by, my painting, “1858 Kelly’s, Just Passing Through,” presents the most authentic representation of the way the Kelly’s Westport Inn building, and the neighboring structures looked. So, I have been told.

The Ewings built the structure originally with a single pitched roof, the front door in the middle of the building as it faced Main Street, or today’s Westport Road, and not connected to the buildings to the west. All other artist’s interpretations of how the Kelly’s building have been based on the oldest photo, or at least ever located, and was taken after owner David Meriwether first remodeled the front of the building, sometime in the 1880s-90s. His photo shows how he added the stair stepped gable roof on the front, destroyed the tiny building between Kelly’s and Jim Bridger’s building on the west so he could incorporate that space under the west side roof gable and connect to Bridger’s building. At that time Meriwether also moved the front door to the northeast corner of the building.

My interpretation, so I have been told, is the most accurate placement of some of the buildings, dirt streets, board walks and their wooden covers, and is based on old maps and other records. For example, as you head West, at the bottom of the hill, along the stream was the old mill, and further west was Yoakum’s Tavern. Yoakum built it in the 1830s and it was the first tavern and hostelry in Westport. As for the poles and overhead wires in the painting, historians tell me 1885 is when the first telegraph wires were strung in Westport. The Pony Express ended when the telegraph system made it all the way to the Pacific Ocean in 1861, the first year of the Civil War.

Take Me from the River 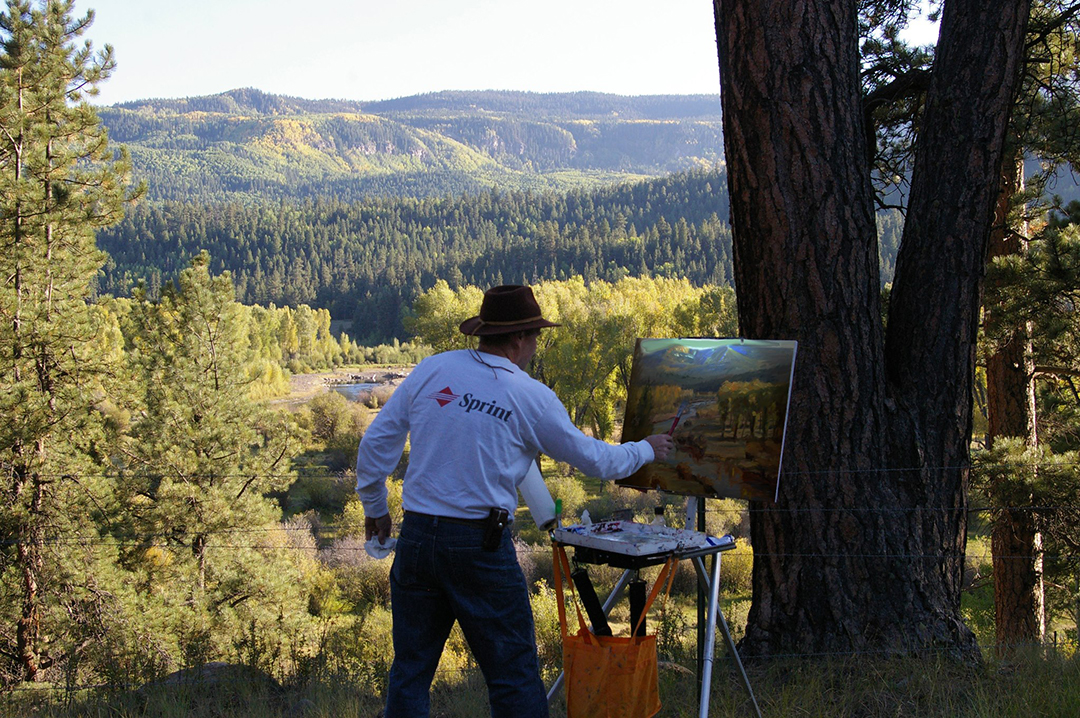 Get the latest news on art and events in your area.

Thanks for subscribing! Please check your email for further instructions.

Something went wrong. Please check your entries and try again.
Scroll To Top